Easy to learn, fun and sociable, badminton offers people of all abilities and ages the chances of a healthy workout and a lot of fun – whatever the weather is doing. That’s why it will remain a core sport for us when our new sports hall opens in January.

To whet your appetite, here are 8 interesting facts about the game:

According to the British Heart Foundation calorie calculator, a 50-year-old weighing 70kg can burn 385 calories during an hour of social badminton. What’s more, playing regularly gives you more energy, relieves stress and boosts your mood.

Badminton is the fastest racket sport, with shuttles clocking up speeds in excess of 200mph. You probably won’t need to worry about that at Tring Sports Centre…but you will have a smashing time (see what we did there?)

You don’t need to be Usain Bolt to play. Because a shuttlecock drifts, it’s pretty easy to keep a gentle rally going. Basically, with Badminton you find your own level – the one that keeps you moving with a smile on your face.

To be fair the game was probably played more than 2,000 years ago in Greece, China and India, but the British game was born in Gloucestershire in 1873, at Badminton, the country estate of the Duke of Beaufort. Makes sense doesn’t it!

Badminton only became an Olympic sport in 1992, at the Barcelona games. Today, the BBC Sport Academy has hailed badminton the second most popular participation sport in the world, second only to football. (You can play that game in our new Sports Hall too!)

The best shuttlecocks are apparently made from the left wing of a goose. We’re not sure what’s wrong with the right wing. Answers on a postcard to reception please.

The most frequent comment we get from members and guests, is that they love the social side of the game. Some like to play with family and friends but many have found hooking up with a group that plays regularly is a great way to get to know people better or make new acquaintences.

According to the British Heart Foundation, badminton is a great activity for those with heart conditions. Regular play is also great for keeping hearts healthy, conditioning and strengthening the heart muscle, reducing hypertension and limiting the risk of blood vessels clogging. It’s also a mood booster. You’ll forget all about the stresses and strains of the working week, while you’re chasing that shuttlecock around the court!

To make an enquiry about courts in the new sports hall at TSC, just complete the contact form or give us a call. Rates start at £18 per court per hour, with discounts available for block bookings. 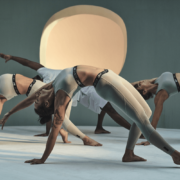 Les Mills Classes are coming to Tring!
Scroll to top
By continuing to browse the site you are agreeing to our use of cookies.